Welcome to my Studio

My Native American heritage is rich with stories of suffering and triumph – the foundation of who we are today.

Our sense of identity may be lost forever if we don’t preserve and pass them on.

I create art that speaks to the heart of the stories and the souls of my ancestors.

How I Fell in Love with Clay

My work pays respect to my Choctaw heritage, and I hope brings a modern voice to the Native American art I so love to make.

For 33 years, I was a quality engineer for a major aerospace company. Midway through my career, looking for a way to relieve stress, I discovered and fell in love with clay. In order to learn from the best, I spent a week each summer at Arrowmont School of Art in Gatlinburg, Tennessee.  I bought a wheel and practiced my craft every day, preparing for the day I could retire and live my dream – to be a full-time potter. In 2009, I took a giant leap & retired early from aerospace to live that dream.

But I Fell in Love Again 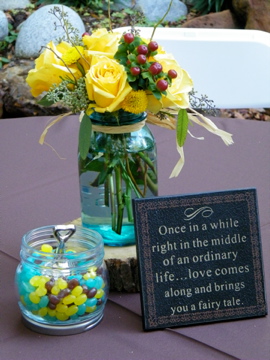 In 2011 my life changed dramatically – again. I reconnected with my long-lost love, Sam and in October  2011 we were married. After a 3 week honeymoon roaming the southwest, we bought a home on two acres in Weatherford. Sam began building a new 1200 sf studio the day we moved in ~ and he insisted I pursue tribal membership without letting another day go by.

Now I spend every day working in my beautiful studio, carving clay, painting and living my dream! As Sam always tells me…DREAM BIG!

Although I knew we were Choctaw, my mom didn’t talk much about it as we were growing up. When she died, I found a copy of the Choctaw Role (aka Dawes Role) with my grandmother listed. Later I learned that my maternal grandfather was also Choctaw, but he was registered on the Mississippi Choctaw role. With that documentation I could apply for tribal membership. Years passed, however, and I didn’t pursue it.

From the beginning of my clay journey, my work has had a Native American feel. When I learned the sgraffito (carving) technique, I began carving petroglyphs on my pots and never looked back.  The work couldn’t be presented as Native American art since I wasn’t a tribal member. Sam encouraged me to gather the paperwork and apply, so I finally did. Becoming a member of the Choctaw Nation of Oklahoma was momentous for me. It allowed me to take my work in a new direction that would honor my tribe, my family, and our ancestors.

The Choctaw Nation has been so helpful and supportive of my work. The tribe has purchased several pieces for their collections at the Choctaw Museum in Tuskahoma, the new Headquarters in Durant and most recently, a commissioned piece for the new Cultural Center in Durant. My work is classified as “contemporary” in the Native American art world. Naturally I wanted to learn the traditional methods of creating and firing Choctaw pottery, so I began driving to Durant, Oklahoma for the bi-weekly traditional pottery classes offered by Dr. Ian Thompson, Director of Historic Preservation for the tribe. Traditional pots are created from hand-dug, hand-processed, Native red earthenware, using ancient hand-building techniques. Decoration may be carved into the clay before burnishing with oil and a stone, then fired in an open, above ground, pit. It was a wonderful experience and I was so pleased to win second place with my first traditional piece (Miss Lillie) entered in an art show.  Miss Lillie now resides in a permanent exhibit demonstrating traditional pit firing at the Choctaw Cultural Center in Durant. When you visit, see if you can find her in the grand lobby. Send me a selfie of you and Miss Lillie!

Letting Go of the Wheel

After 25 years of joyfully working in clay, my hands developed chronic tendinitis which has morphed into arthritis. The pain of throwing on the potter’s wheel became so great, I had to make the difficult decision to give it up – the wheel, not the clay!

Sgraffito is the technique I most love to use. The word means “to scratch”. After rolling out slabs of white stoneware clay, I cut some shapes & let the remaining slabs dry a bit more. When the clay is firm to the touch, it’s broken into random shards, covered in three layers of rich black slip, then a layer of wax. Immediately, I begin to carve designs such as spirit animals and tribal symbols. As I carve through the layers of black, the creamy white clay beneath is revealed for a most dramatic effect. For a pop of color, brightly colored slips are added at this stage. The feel of the leather hard clay as I carve it feeds my soul, and the pops of color make my heart sing!

In early 2017 I began to take my carvings to the wall, making sculpture that brings forth an emotional connection to the story. Totem Sticks emerged along with figurative sculpture and some other new surprises. Like painting – who knew I could grow to love painting?

Check out my new work here.

Sam & I have decided to slow our pace a bit,  so you will no longer find me at the big shows (Santa Fe Indian Market, Heard Museum, Eiteljorg, Red Earth, etc.) Another hard decision, but the physical demands of life on the show circuit have become more than we want at this stage of our lives. I won’t be giving up clay any time soon, so you can still find my work on this fancy new website, as well as at these fine galleries:

Thank you for supporting authentic Native American art and those who create it. I’d like to think my mom and my grandparents would be delighted to see what I’m doing. I’d love to hear what you think too, so please feel free to send me a note on the Contact page and tell me all about it.

I'd be honored if you share with your friends