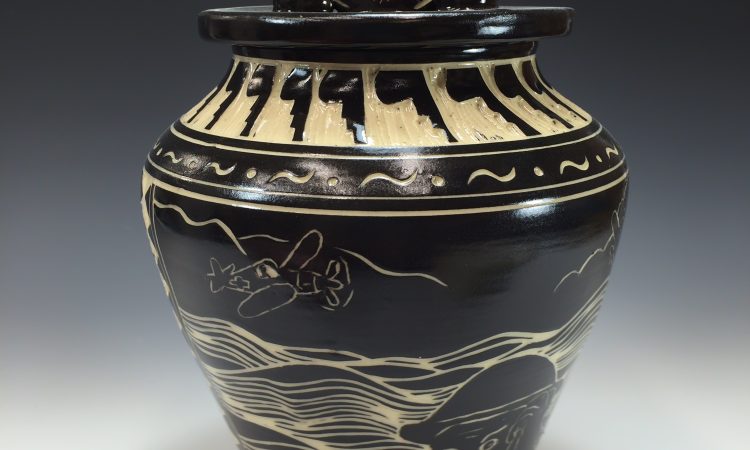 A time to remember those who were willing to serve when our country needed them.

Travel with me today, back to World War I. It’s near the end of the war, late in the fall of 1918, in the French countryside. The Germans have tapped American phone lines and every communication of battle plans is intercepted & decoded. Command leadership is desperately trying to communicate sensitive troop movements.

Two Choctaw soldiers in the 142nd Infantry Regiment are speaking quietly in their native tongue. Colonel A. W. Bloor overhears and asks what language they are speaking. The soldiers fear they are in trouble because, back home, Choctaw children are being whipped in school for speaking their own language. Instead, Colonel Bloor asks if they know of other Choctaw soldiers in the regiment. They know of several at company headquarters, so Colonel Bloor grabs a field telephone and asks them to deliver a message in their own language. Thus, the Choctaw Telephone Squad was born.

Code Within a Code

Nineteen Choctaw soldiers from the 141st, 142nd, and 143rd Infantry Regiments were deployed along the front lines and command posts to relay vital information. Since the Choctaw language didn’t have equivalent military terms, a code within a code had to be quickly developed. Some examples of substitute terms:

The Germans were baffled and it gave the Americans a crucial advantage.

This experiment was so successful it was copied in World War II, Korea, and Vietnam using Choctaw, Comanche, Cherokee, Navajo and other Native American languages. 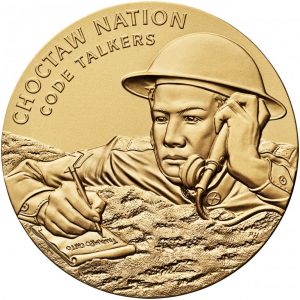 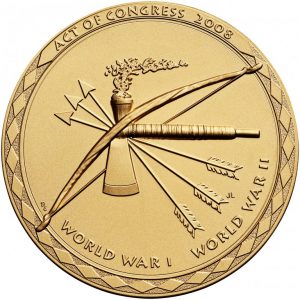 The Code Talkers Recognition Act of 2008, was signed into law by President George W. Bush on November 15, 2008. This law recognizes every Native American code talker who served in the United States military during World War I or World War II, with a Congressional Gold Medal specially designed for his tribe. The Choctaw medal depicts a soldier using a field telephone on the front, with the Choctaw seal on the back.

Medals were retained by the Smithsonian Institution, but a duplicate was awarded to each code talker in a long overdue ceremony in 2013.

The 19 original Choctaw Code Talkers were:

We owe a debt of gratitude to these men and all the brave soldiers who have protected our freedom. Yakoke! (Thank you!)